At Stanton Williams, Larissa Johnston worked on the detailed design of this new 32,000 m² campus for 5,000 students.

The proposal introduces a new 200m long contemporary building integrated within the existing 19thcentury Grade II listed Granary building and transit sheds, which have been sensitively reworked and restored. An internal street forms the primary circulation spine which is animated by way of of stairs, bridges and walkways which connect the various studios and spaces. The new building includes performance spaces and studios for theatre and dance, exhibition spaces, a roof garden and a bar. The teaching studios are equipped with state-of-the-art provisions for art and design students.

Materials are raw, robust and industrial. This forms a fitting backdrop to allow for different departments to creatively develop their own identities in particular spaces, while maintaining a cohesive quality to the building overall.

This vibrant and inspirational project, located at the heart of King’s Cross Central, was one of the first to be realised in the formation of this exciting new district for Central London.

The project has been recipient of numerous awards including the following:- 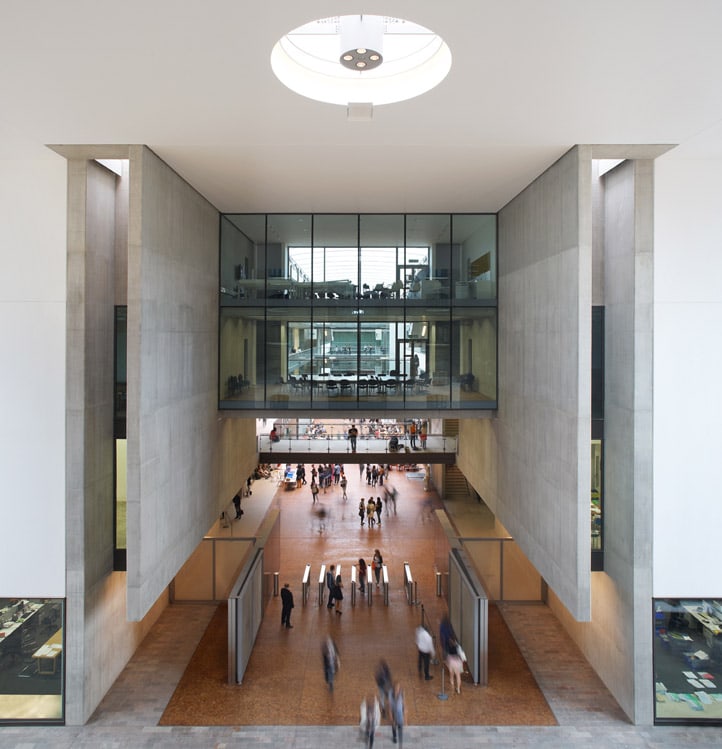 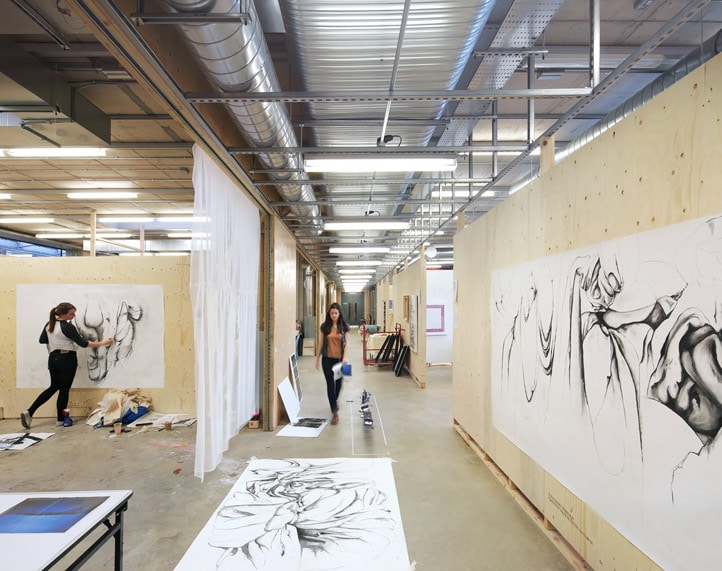 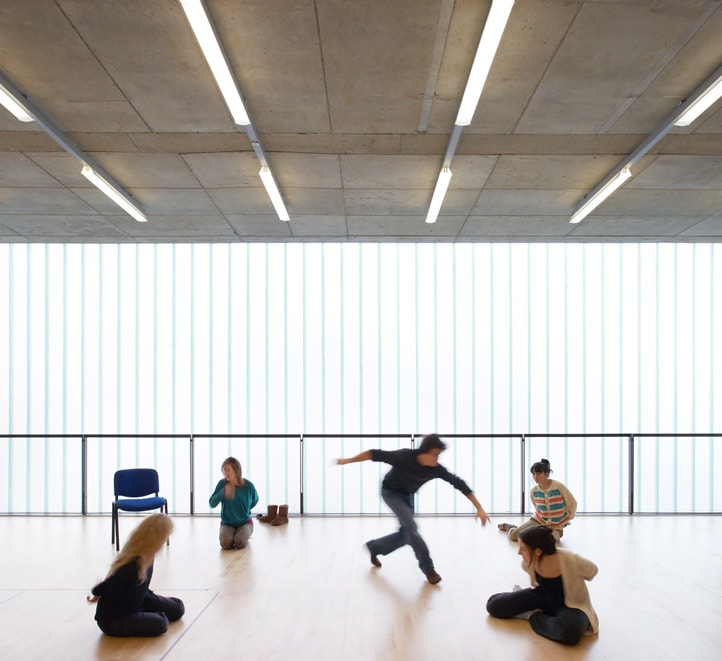 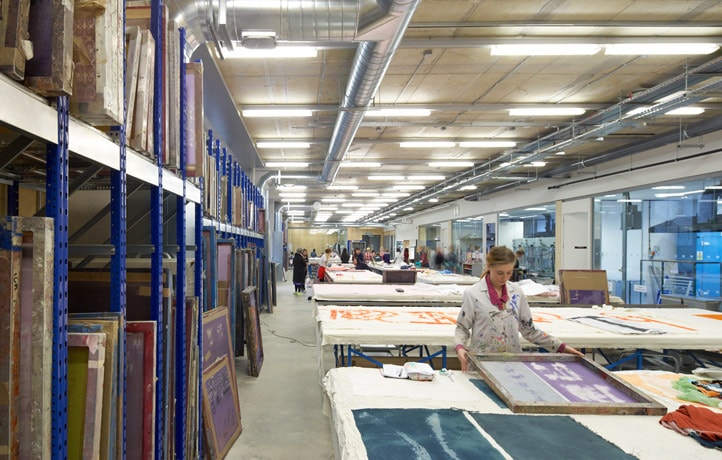 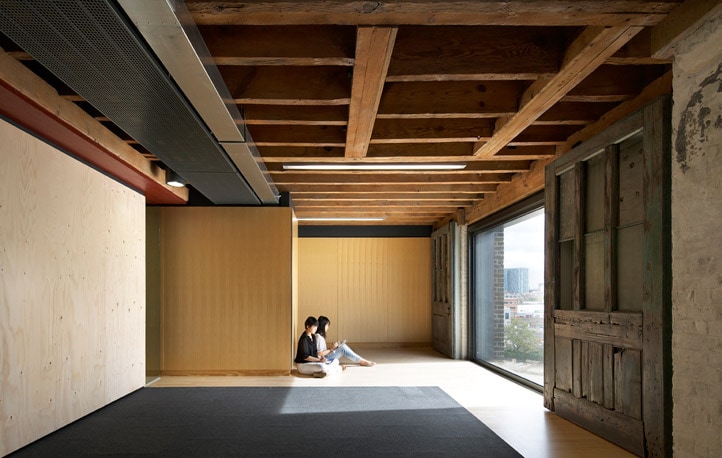 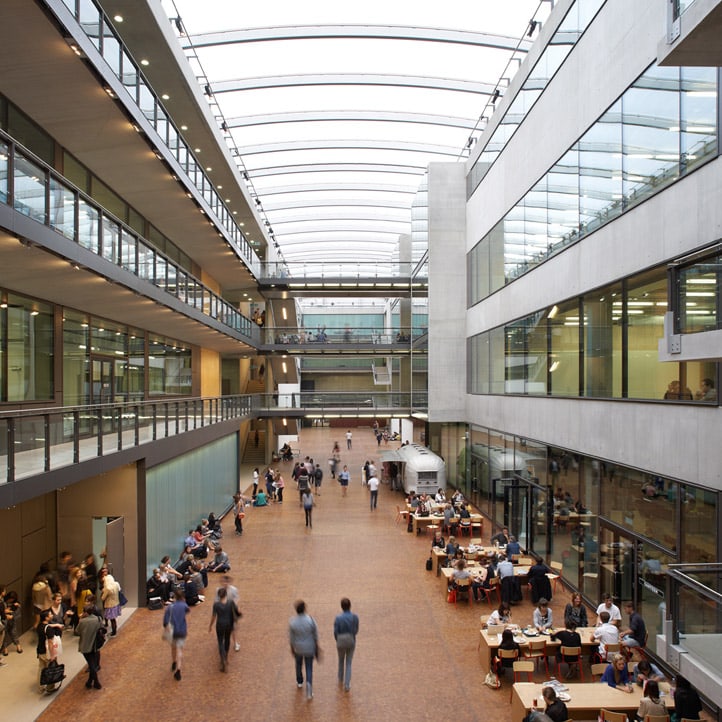 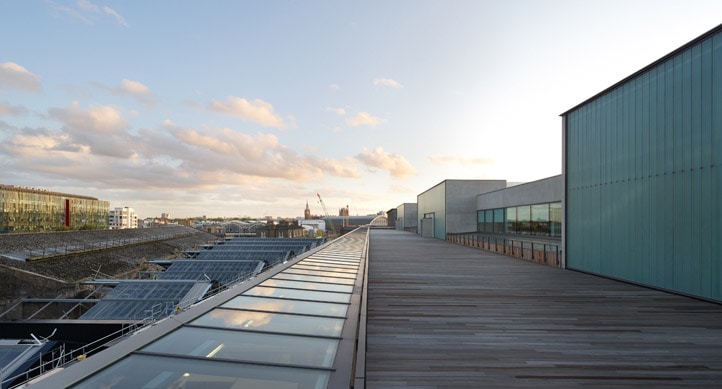 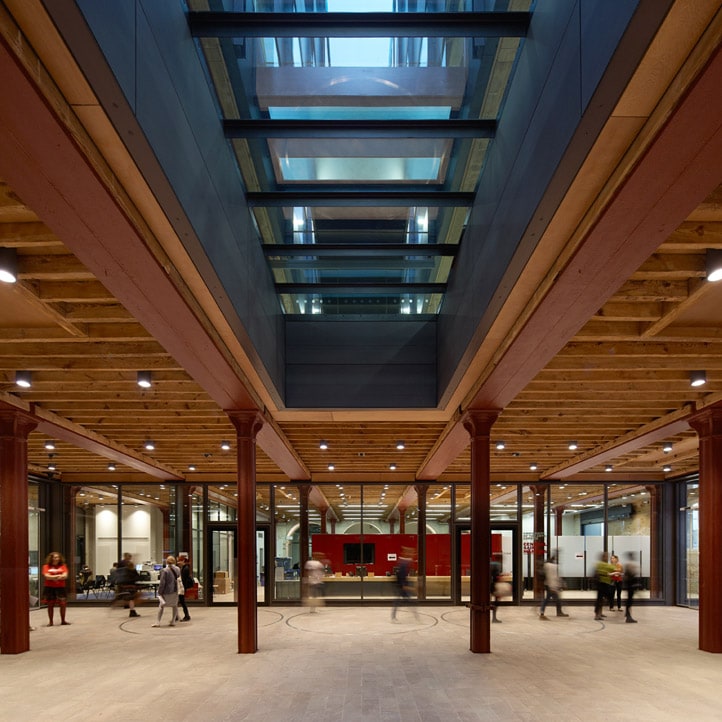